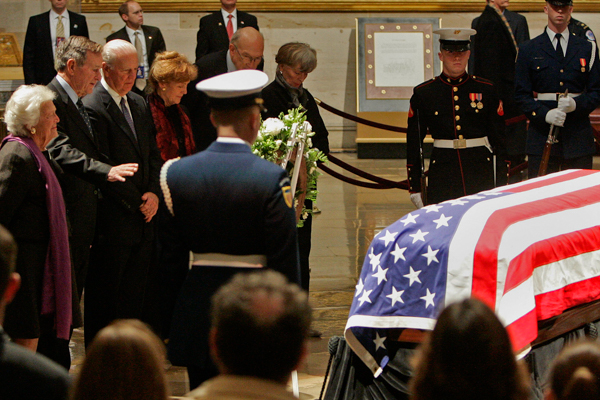 Bush’s 40-year career in public service included serving as envoy to China and head of the CIA under Ford.

From today’s The New York Times:

“George H. W. Bush was the best one-term president the country has ever had, and one of the most underrated presidents of all time,” James A. Baker III, the former secretary of state and Mr. Bush’s closest adviser for nearly 50 years, said in an interview in 2013. “I think history is going to treat him very well.”