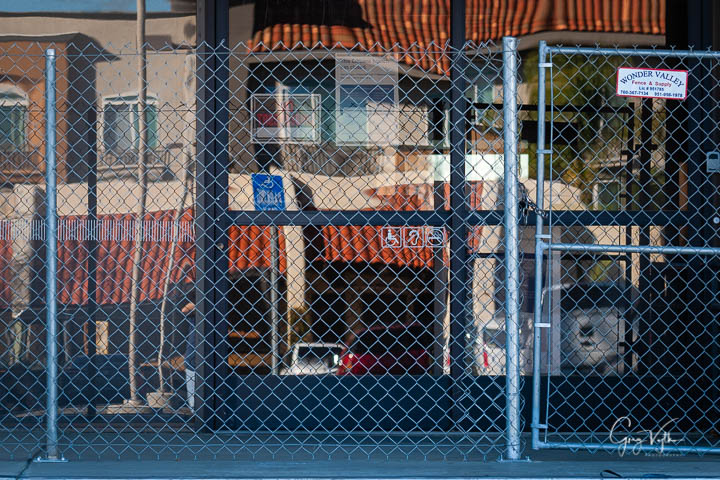 Blight is a disease that hurts plants and makes their leaves wither. It can also affect neighborhoods. According to Vocabulary.com, Urban blight refers to a part of the city where things are falling apart.

Banning certainly seems to have its share of blight, with all the vacant lots mixed with dilapidated residences and shuttered storefronts along Ramsey Street. While the city’s main thoroughfare has been in decline for decades, two years of economic uncertainty, a result of the China Virus pandemic, didn’t help.

What’s happened to Ramsey Street is not unique to Banning, In 2001, while driving Route 66 on the 75th anniversary of the Mother Road, I passed through the downtown areas of too many small towns to count that had fallen on similar hard times.

One of my college instructors, Lewis Baltz, was among several photographers behind the New Topographics movement, a style of landscape photography acknowledged in 1975 that concentrated on the man-altered landscape. While Baltz focused on tract homes and industrial parks in Orange County, Calif., other members of the international movement, such as Robert Adams, concentrated on damage to the American West, while Bernd and Hilla Becher set their sites on decaying industrial complexes in Germany.

Nuts and Bolts: The image above, currently on display at The Banning Art Gallery, was taken one afternoon about a year ago, using a Nikon full-frame DSLR and a Nikon 70-200mm F2.8 VRII zoom, as the idea to document the decay along Ramsey Street was still rattling around in my head.