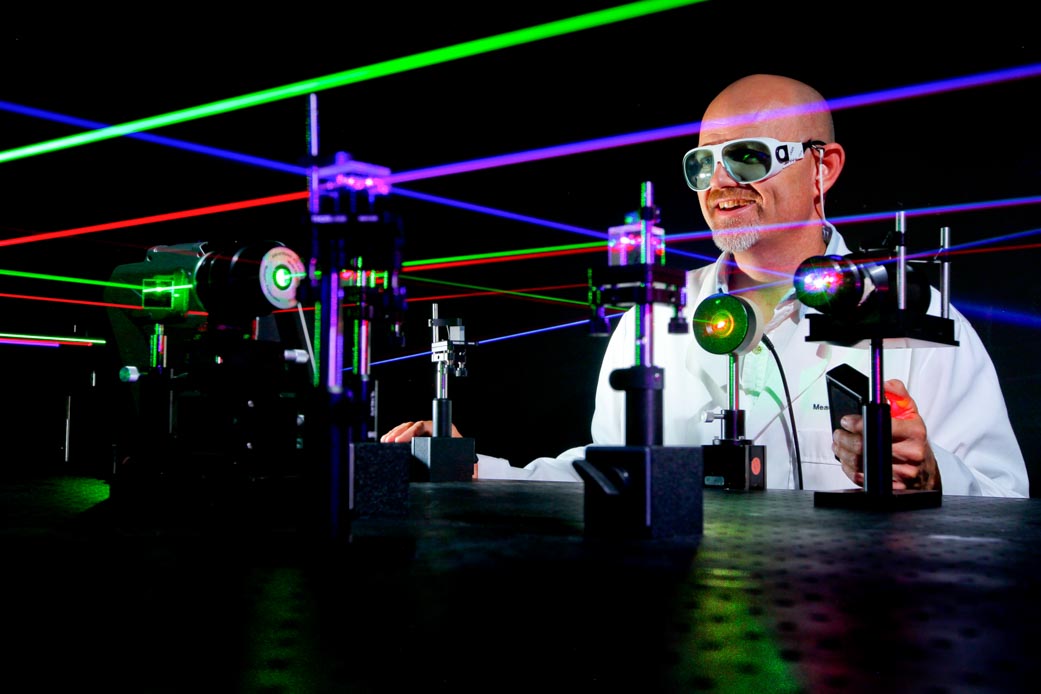 Nuts & Bolts: The subject, a specialist in designing laser calibration equipment for the Department of Defense, and I discussed experimenting with this, so when he needed some photos for a PowerPoint presentation he would be giving, the time was ripe to see if we could make it happen. Main light was a speedlite on the keyboard of a laptop at left, while another speedlite was placed out of frame at right to illuminate the equipment arranged on the optical bench. Once the subject saw the flash, he activated a smoke machine, using the wired remote in his left hand, wafting smoke across the stage during the remaining eight seconds of the exposure. The photo required quite a bit of teamwork: We had others in the darkened room helping us, one working the lights and another waving a sheet of foamcore to dissipate the smoke between exposures.